Before You Make Any Long-Term Plans…You Better Read This….

Fire boat response crews battle the blazing remnants of the off shore oil rig Deepwater Horizon, off Louisiana, in this handout photograph taken on April 21, 2010 and obtained on April 22, 2010.

(This article was re-printed from PetroleumWorld.com.)

By Christian A. DeHaemer

The Dwarves dug too greedily and too deep. You know what they awoke in the darkness of Khazad-dum… shadow and flame.

— Saruman, The Lord of the Rings

There is something primordial about BP’s quest for oil in the Gulf of Mexico. It’s an Icarus-like story of super-ambition; of reaching too far, delving too deep. I don’t know if you’ve stopped to contemplate what BP was trying to do…The well itself started 5,000 feet below the surface. That’s the depth of the Grand Canyon from the rim. And then the company attempted to drill more than 30,000 feet below that — Mt. Everest would give 972 feet to spare. Furthermore, the company sought oil in a dangerous area of the seabed. It was unstable and many think BP sought it out because seismic data showed huge pools of methane gas — the very gas that blew the top off Deepwater Horizon and killed 11 people. More than a year ago, geologists criticized Transocean for putting their exploratory rig directly over a massive underground reservoir of methane. According to the New York Times , BP’s internal “documents show that in March, after several weeks of problems on the rig, BP was struggling with a loss of ‘well control.’ And as far back as 11 months ago, it was concerned about the well casing and the blowout preventer.” The problem is that this methane, located deep in the bowels of the earth, is under tremendous pressure… Some speculate as much as 100,000 psi — far too much for current technology to contain. The shutoff vales and safety measures were built for only 1,000 psi. It was an accident waiting to happen… And there are many that say it could get worse — much worse. Geologists are pointing to other fissures and cracks that are appearing on the ocean floor around the damaged wellhead. END_OF_DOCUMENT_TOKEN_TO_BE_REPLACED

You’ve been hearing about the Minerals Management Service (MMS) lately and their friendly relationship to the oil industry. Their mission is to “manage the mineral resources of the Outer Continental Shelf in an environmentally sound and safe manner.”

That seems a bit optimistic nowadays doesn’t it?

From the start, when it was created as little more than a lobbying office located right in the Department of the Interior, courtesy of Ronald Reagan and James Watts in the 1980’s and after eight years of Bush-Cheney, MMS has been busy cuddling up to big oil. This was pushed to a logical and absurd conclusion when the Bush administration signed off on big oil’s desire for voluntary, “trust me,” self-regulation — and caved in to industry demands not to mandate the backup shut off switch for offshore rigs that Brazil and Norway require. In fact, this dangerous relationship was taken to the extreme and manifested in the  Sex-for-Oil scandal two years ago.

Government officials handling billions of dollars in oil royalties engaged in illicit sex with employees of energy companies they were dealing with and received numerous gifts from them, federal investigators said Wednesday.

Between 2002 and 2006, nearly one-third of the staff in the Denver MMS office received gifts and gratuities from oil and gas companies, the investigators found. There was also sex, allegations of drug use and the other usual ‘government workers behaving badly’ sorts of thing going on.

So now what are wer left with?

END_OF_DOCUMENT_TOKEN_TO_BE_REPLACED

The House has been busy – busy helping wealthy Americans in this current economic crisis we are in. Heaven knows they really need the help.

The House voted Wednesday to protect more than 20 million upper-income taxpayers in danger of being slapped with the alternative minimum tax (AMT, to the tune of $2300.00!

House Democrats insisted that fixing the AMT must not add to the federal deficit, inserted about $61.5 billion in new revenues. Much of this new revenue will come from making hedge fund managers and oil and gas companies pay more.

“If indeed we do nothing, $61 billion of tax burden is going to fall on 25 million good American taxpayers. And we want to fill that gap of the $61 billion. The other side says it doesn’t exist,” House Ways and Means Committee Chairman Charles Rangel, D-N.Y. said.

Am I missing something here? Maybe Charlie Rangel can explain it to me?

Pardon me Charlie and my Democratic controlled House, but why are we so worried about a tax break for the rich right now…in a recession…during an election year when you have a very good chance at winning the White House…with gas prices at an all time high?

The only people being helped here are tax payers making more than $127,000 per year.

Some quick facts for the Democrats are in order I think.

END_OF_DOCUMENT_TOKEN_TO_BE_REPLACED

Obama Did the Right by Letting Jim Johnson Go 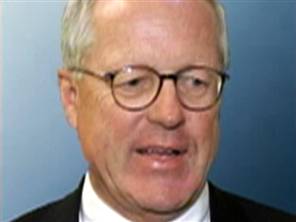 If you are going to “talk the Talk” you must “walk the walk.” A bit cliche to be certain, but its the best way to explain why the Obama campaign parted ways with longtime Washington insider Jim Johnson.

Officially, Johnson stepped down, but inside sources seem to believe he was asked to go.

Johnson has ties to troubled mortgage lender Countrywide Home Loans and it is being reported that he cut sweetheart deals for Countrywide CEO’s. Johnson also helped former Democratic presidential candidates Walter Mondale and Sen. John Kerry pick their running mates. He is also the former CEO of Fannie Mae.

Of course the McCain Campaign wasted no time jumping on this.

“It’s preposterous for Sen. Obama to claim that the leader of his VP selection committee isn’t working for him. Barack Obama has castigated Countrywide Financial, but now that Jim Johnson has been exposed for taking sweetheart deals from Countrywide’s CEO  – Obama is in a state of denial. It’s that brand of weak leadership and hypocrisy that shows why Barack Obama has no record of taking courageous stands or making change in Washington.”

Look, Obama has said repeatedly that he will not be part of Washington inside politics, and that he will not play ball with fat cat lobbyists. In what I believe is a move, consistent with this policy, Johnson is now a “former” member of Obama’s staff.

As for the McCain campaign, they should focus less on hammering Obama, and more on purging their own lobbyist baggage including Vicki Iseman, Rick Davis, and Charlie Black. They may want to consider offing the dozens of Bush campaign insiders that now occupy positions as top staffers for McCain.

Obama’s judgement is flawed because of Johnson. McCain’s entire staff is an exercise in Washington and big business corruption politics.